Why Attack on Titan Anime is Worth Watching 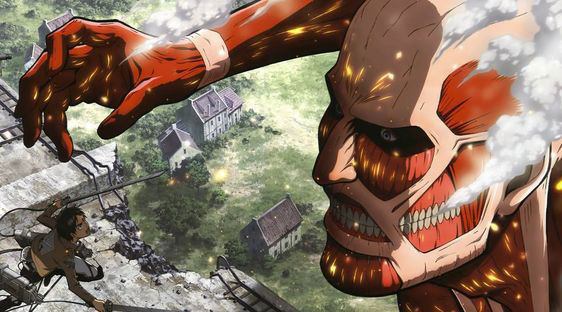 How did it become a mainstream anime? Is it worth the watch?

5 Reasons why Attack on Titan Anime is worth the watch

So, to sum it all up? It’s just a psychological anime, right? Well, before you get all skeptic about the matter, read along.

Unlike any dark fantasy (or, rather, psychological if you prefer) or post apocalyptic anime out there, Attack on Titan anime is a rare gem that would get you glued on the screen on every episode; not to mention the emptiness you’ll feel when you have to wait for episodes every week (happens to me all the time lol.) It’s an anime that greatly uncovers vivid facts about how human nature works on a worst-case scenario. It would also make you think on the character’s shoes everytime they make a decision. It’s one of those animes that come by once in a blue moon that boomed in popularity in a short span of time.

However, just like any other dark-fantasy and post apocalyptic animes, it’s not for the weak hearted people. If you think gore is real on some of the dark-fantasy animes that you watch, then you would probably think that the gore on this one is insane. From flying limbs everywhere to people getting chewed on literally, you won’t get enough of it, not until you finish the anime or the manga.

As mentioned above, it’s not for the weak hearted. But if you’re the kind of person who could stand the sight of blood (and I mean, a lot of blood, literally a pool) then go ahead, this anime might be the one you’re looking for! (lol) 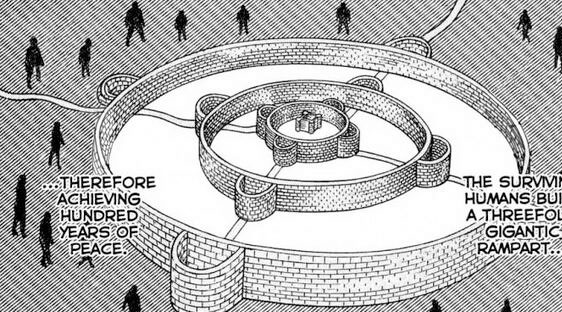 The story is set on an island called Paradis where humans live inside the walls. At the first episode of the anime, it is revealed that the titans haven’t attacked for years and years and people began living peacefully. The titans are giant humanoids, usually ranging from three to fifteen meters in average and they’re said to chew people on sight (literally speaking). Since they have no reproductive organs and they only rely on sunlight to live, they’re believed to eat humans just for the sheer fun of it, spitting them out later on what people call hair-balls (humans scrunched up together and spat out everywhere after the killing spree.)

At first glance, titans’ behaviors are mysterious and baffling, but as the story progresses, the secrets of the titans and some hidden agendas will be revealed, making you think how did the author put so much detail into this and not leave any plot-holes? If you’re planning to watch it, I recommend reading the manga after since more details were put in the manga. That way, you won’t experience guessing out on the plot holes like a few beginner anime watchers out there.

The story focuses on Eren Jaeger, Mikasa Ackerman, and Armin Arlert living peacefully in the Shiganshina District, a town located on the south edge of Wall Maria. Their lives changed as a titan larger than fifty meters broke the walls and let the titans in, destroying their homeland in the process. Eren Jaeger saw his mom getting eaten alive as someone got them to safety (it’s hard writing without putting spoilers lol). After that fateful day, Eren swore to kill all the titans. You might think that this is just a typical shounen anime where the protagonist promised something then achieve it later on, but it’s totally different.

Well, when you see someone close to you getting murdered and you can’t do anything but run away because of your powerlessness, what would you tell yourself?

Anyway, enough about that morbid question, just take a look at the sneak-peek to that fateful day (lol):

Once again, this is not for the weak-hearted. Watch at your own risk!

The character build-up of Eren, Mikasa, and Armin are as epic as it could get. Starting from their young age, and finally signing up for military, that’s just the start of their character build up. I wouldn’t spoil you in the details (because I want to keep your hopes up when you watch the anime) but all of the character build up on this anime are epic- not just for the main characters, but to the side-characters as well (both dead and living alike)

From Eren’s weird dream about his father and the basement to their house, to the secrets of the titan, the walls, and the island, everything were carefully laid out and revealed in a cunning pace in the manga as if Hajime Isayama (manga-writer of Attack on Titan) was looking at the back of his hands. In my opinion, Attack on Titan anime is a masterpiece with no plot-holes whatsoever.

All in all, this anime is a good watch and I would rate it nine out of ten (since I’m not a huge fan of gore myself lol.) If you’re into gory action and dark-fantasy, then you shouldn’t miss out on this anime!

What are you waiting for? Will you watch it or not? 🙂