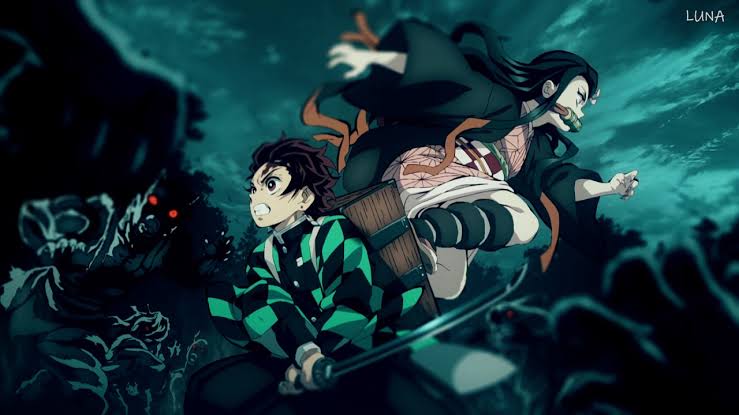 Which Character Are You From The Demon Slayer Trio?

Demon Slayer, the anime that took the world by storm this year. It’s even safe to say that Kamado Tanjirou, the main protagonist of this anime, is already part of the big three along with Asta from Black Clover, and Midoriya from My Hero Academia.

But enough about that, let’s have a brief overview of the plot before we jump right into our main subject!

It all started when Tanjirou went out to do some chores for his family, but when he came back, his family were slaughtered by monsters called Demons (mysterious, and powerful beings who were once humans and turned into monsters after being given blood from the all-powerful, original demon), leaving only her sister behind, who turned into a demon as well. And well, you know what happens next. He swore an oath to kill all Demons.

Well, you know how it is with the plot and stuff.

After swearing an oath, he got into a secret organization unknown to common folks, the Demon Slayer Corps. A group of sword-wielding people who protects mankind from the demons that ever haunts humanity…or something like that.

I wouldn’t go through the nooks and crannies so as not to spoil anyone out there who haven’t watched it. From those of you who haven’t seen this epic anime, my only advise is…

GO AND WATCH IT! You’re missing out!

Now let’s get into the main topic: Which Character from the Demon Slayer Trio Best Describes you?

Starting at Number one we have the protagonist of course! The kind, calm, collected, and ever offensive Kamado Tanjirou. Kamado Tanjirou is the type of person who takes action as soon as he sees the opportunity to do so, never missing a chance in something that will help him grow as a person. He’s also ever friendly and the sole glue to the Demon Slayer trio. Even though he rushes to danger at once, he never lets his mind wander off and he is always thinking of ways to help everyone. Nobody can top his kindness too, towards people and demons alike (since demons were once humans too!) He would never allow anyone to hurt his comrades, not to mention his outgoing concern to everyone, especially his younger sister that got turned into a demon, Kamado Nezuko. Putting everyone first no matter what, he’s by far the kindest and most outgoing character ever.

If you’re the type of person who would do anything for the sake of your family and friends’ happiness and would do all he can to support them, always facing your problems head-on but with a plan always, always puts the safety of everyone first, and always respects everyone and sees the good in others no matter what other people say otherwise,  then you’re a protagonist! You’re just like Kamado Tanjirou, the kindest character in the anime world!

Going in second is the timid and cry-baby Agatsuma Zenitsu. He is the type of person who never wants to rush in danger no matter how least dangerous it is. Although he is thinking of everyone’s safety, he tends to overthink things and always ends up in the worst-case scenario in his mind. He always thinks that being in danger, even just a little bit, would kill him and that thought alone would make him cry buckets. However, he would never back down when you talk about his friends and family. If they’re brought up, he would do a one-eighty on his personality and face everything head-on, just like a timid bull who saw the red flag being held by the matador.

If you’re the type of person who easily gets down and overthinks a lot of things, and always wants to stay in your comfort zone, but never backs down from a challenge when friends and family are involved, then you’re just like Agatsuma Zenitsu, the timid, yet reliant one.

And last but not the least of the trio is the ever-competitive and musclehead, Hashibira Inosuke. He is the wildest among the three. He always rushes head on to danger, always wants to be the first, and above all, he’s the most unpredictable in his way of fighting. Don’t let his pretty face (under the mask, of course!) fool you, underneath that face is a mind of a competitor. However, he’s also the type of person who will never leave his comrades behind and will fight in the bitter end if it means keeping everyone safe. He never backs down from a fight and will always see to it that he follows through on all of his actions. He has helped the group get out of a pinch countless times due to his erratic behavior. A true warrior of the wild!

If you’re someone who would never give up even though the odds are against you, and always wants to push through everything using sheer strength alone in getting to the top, yet never losing sight of the precious people relying on you, then you are the great and ever-daring Inosuke!

Now, which one are you? The kind Tanjirou? The timid Zenitsu? Or the Musclehead Inosuke? Let me know in the comments section down below. 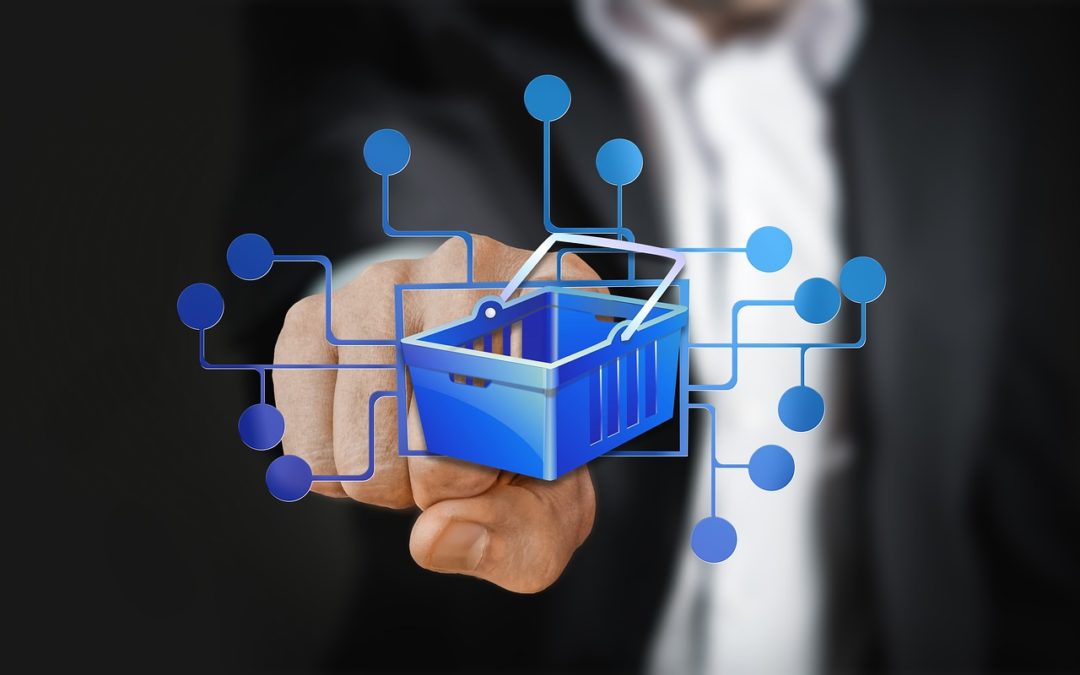 Do you know that 49.6% of the world’s population are internet users?  That’s according to the World Internet Users and 2017 Population Stats!  A staggering 3.73 billion people and counting are using the internet for pleasure, education, entertainment or business, and even online shopping.

The internet made doing business and purchasing a lot easier for people. Online shopping and ecommerce is a huge multi-trillion industry and is expected to grow by $27 trillion in 2020.

Ecommerce became possible in 1991 when the internet was opened to commercial use. Three years after that, online shopping became a reality, with Amazon.com and eBay launching their online shopping sites 12 months later.

A GENERATION OF ONLINE SHOPPERS

Eight in 10 Americans are now shopping online, according to a new study from Pew Research.  Over half (51 percent) have also bought something from their mobile phone, and 15 percent purchased after clicking through on a link shared on social media.

Two thirds of internet users in the European Union shopped online in 2016.

Recent statistics have shown that 50% of the entire world’s internet users reside in Asia. With an increasing number of people in Asia using smart phones and mobile devices to make online purchases, an astonishing 50% of all consumers in Asia-Pacific actually make transactions using their mobile devices. These figures are only expected to increase over the next decade.

In America, 67% of Millennials shop online, spending about 6 hours per week online! Generation X follows with 56%.

People will continue to spend their hard earned money online. US ecommerce sales are predicted to grow from $263 billion in 2013 to $414 billion next year.

NOT AT ALL NICE AND COZY SHOPPING

Although 71% of shoppers believe they will get a better deal online than in stores, online shopping scams are on the rise. 2016 saw a 673% increase in scam reports when compared to 2015.

Although is it alarming with the rising rate and cost of online identity theft and fraud, you can avoid falling victim into the hands of online shenanigans.

The National Endowment for Financial Education, or NEFE, estimates that, in a typical month, more than two-thirds of U.S. adults buy something on impulse. These unplanned purchases often lead to regret. NEFE says shoppers regret impulse purchases 71 percent of the time. Most regretted were clothing and shoes, followed by toys for children, technology products and home decor.

Whenever you feel the urge to buy something online, consider the following steps to help you curb the desire.

2. TOO GOOD TO BE TRUE OFFERS

Be very careful when you encounter too good to be true offers. Remember that there’s always a catch for these kinds of offers. There are plenty of scams looking to hook you in with tempting offers. In some cases, the perpetrators are looking to simply infect your device.

Be extra careful during holiday seasons, like Christmas, where there does tend to be a lot of amazing and genuine offers.

Remember that these kinds of offers can sometimes trigger the urge to buy on impulse, thinking that this is a chance you don’t want to miss.

Any e-store that promises too much at too low a price is suspicious. So, stick with trusted brands that have a strong reputation.

Public Wi-Fi is unquestionably something we as consumers now expect. From shops to cafes to restaurants, being able to access the internet with little or no cost is in tune with our connected way of living.

However, when it comes to buying online, all the convenience that comes with public Wi-Fi can be overshadowed by the many risks that are associated with this service.

Making any financial transactions when using a public network can lead to your financial information and passwords beings compromised.

It’s more secured to shop online using your own network at home where your firewall is on and you have an encrypted network. 95% of public Wi-Fi hotspots are not encrypted – an ideal place for cybercriminals.

Remember that shopping online is not all about convenience. You have to strongly consider your security. Be sure to use a strong password in your network.

Never ever buy anything online using your credit from a site that doesn’t have SSL (secure socket layer) encryption installed – at the very least.

You’ll know if the site has SSL because the URL for the site will start with https:// (instead of just http://). An icon of a locked padlock will appear, typically in the status bar at the bottom of your web browser, or right next to the URL in the address bar. It depends on your browser.

This is one area many neglect doing – checking the return and guarantee policies.

Since you have no idea of product’s quality until you hold it in your hands, returning things bought online is quite common. So it’s important to go through the return policy while making a purchase.

Stay away from sites that have vague return policies that can leave you with a low-quality product and no way to return it. The same applies for guarantees. If there is no clear policy for the product, you are guaranteed not to have a replacement if you receive a damaged product.

Make it a habit to understand the purchase and the shipping terms. Take the time to read especially the fine print. People usually brush off the fine print. But in reality not reading the small print can mean big problems.

Taking the steps to protect yourself when shopping online by avoiding these pitfalls we’ve discussed will help you shop with confidence. It will help you enjoy the conveniences of technology with peace of mind while you shop online.

So be a safe and secure shopper now. STOP. THINK. CONNECT.