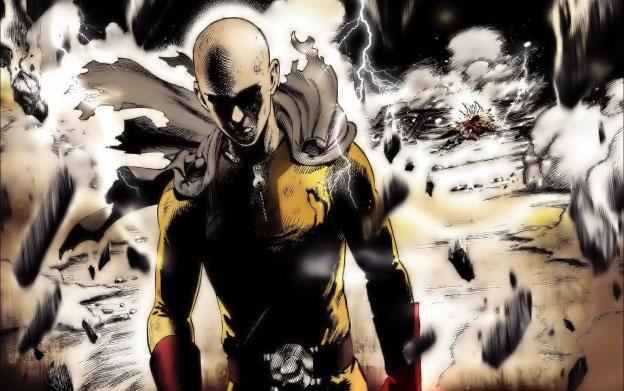 A man who can defeat anyone by one punch. That’s the main plot of the anime One Punch Man and yet, you can see that anime fans, young and adults alike, enjoyed watching the series. Now, it became so popular that it became a mainstream anime even though the main story only has one season (yet.)

You’re probably wondering why such a simple plot could get millions of anime watchers around the globe hooked on the series.

Things One Punch Man depicts that made it a mainstream anime.

Yeah yeah, it’s main setting is action-superhero-shounen-blah blah blah right? Before you react and close this article, you should probably read on why the setting of the anime greatly affected it becoming mainstream.

The main setting is, of course, is a world where superheroes abound, hired by the government to fend off villains. Typical background for any superhero animes, right? Well, you’re almost correct, almost.

For one, the superheroes on this anime are just regular human beings who possessed a few talents. Some examples of this would be, ninjas, ex-convicts, bikers, martial artists, and the like. So this is not your typical impossible-in-real-life superheroes, they’re more like, talented human beings who uses their talents to the fullest. Once you started watching it, you’ll probably think you know, I think this is possible in real life and I assure you, a lot of one punch man fans think of the same, especially for the protagonist who did a hundred push ups, a hundred sit ups, and a hundred squats everyday for three years until he turned bald and became the most powerful hero in their generation.

He’s already the most powerful hero even though it’s just the first episode?! How on the anime world could you get some backstory even after becoming the strongest? It’s like watching the final episode of Naruto and not knowing everything before that. 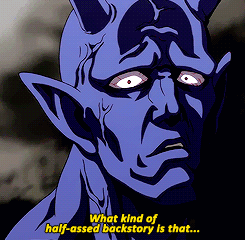 Hold on just a moment! Before you start assuming things, just remember that millions of anime fans enjoyed this anime. Those anime fans, like me of course, also thought of the same before we started watching One Punch Man

But boy! Was I wrong!

You see, one punch man captured the hearts of the watchers (and readers!) by putting a few snippets of Saitama’s backstory. There, it was shown how he worked his butt off trying to become the strongest hero, for the sole purpose of becoming one. Mix the backstory with the current character build-up, you’ll get a masterpiece like One Punch Man, easy to follow, and at the same time, exciting and fun to watch.

The power of friendship, the everything is in my hands trope, the zero-to-hero trope that happens without hard work.

That’s because, One Punch Man crushes every single one of those famous superhero anime tropes. He’s not the cliched type of anime that is impossible to relate to, it’s the anime that doesn’t rely on tropes and plot armors to get things going. Everything that happens in the anime is the result of the protagonist working hard towards his goal. That’s why a lot of One Punch Man can relate to this anime and not get bored at the same time.

Try watching it, and tell me on the comments below if you see a famous superhero anime trope.

You’ll probably see a few tropes…but I assure you, they’re not the “Mainstream” type of tropes you always see in animes.

Aside from not going to the path of cliches, this anime also has a realistic view on things, unlike other superhero animes. Moreover, the protagonist, Saitama, never gets ahead of himself even though he has the power to rank number one in an instant. Buying when the grocery are on sales, trying to budget while not having an empty stomach, trying to get a government type of job to earn money: these are only a few realistic things One Punch Man tackles. Everything cannot be achieved by brute strength alone and that is the most realistic view you won’t see in any other animes out there. When you start watching it, you’ll start wondering why didn’t they put a slice of life tag on this anime?

So, before you start assuming things, give it a try, and I assure you, you won’t get disappointed watching One Punch Man.

All the best in watching!