Fairy Tail: Why is it a Balanced Shounen Anime?

Hiro Mashima takes yet another step to the anime world after releasing his first- Rave Master. During the Fall Season of 2009, Hiro Mashima released the anime that took the world by a storm: Fairy Tail. After finishing the manga and binge-watching the anime (just for this review lol) I can clearly say that Fairy Tail is a very balanced shounen anime- something that is rare in the world.

Well, enough about the descriptions and complications, let’s delve in to how and why it’s became a popular anime, and to answer the question as to why I said that it’s balanced.

Why is it balanced?

Opening of the anime series

You might wonder how a lot of people got hooked in on the series when the first episode was just released. Well, they probably read the manga, or they probably got hooked on the opening episode. For most, I think it’s the latter.

The opening episode of an anime is really important. It can either give some hype to anime watchers or leave a boring impression that would make anime watchers drop the series after seeing the first episode. I know that the iron-clad rule of judging an anime is to watch the first two or three episodes but when I see a boring opening episode, it gives a lowly feeling that makes you watch the first two or three episodes just for the sake of obeying the iron-clad rule. Some anime were able to hook me in on the second and third episode but some are just so plain that I ended up dropping it.

And that’s why the first episode of an anime is really important. Emphasis mine throughout.

Enough about that, let’s continue.

If you’re into shounen and you haven’t seen Fairy Tail, then go check out the first episode and see!

The pure comedy here and there

A lot of shounen anime (not just shounen but a few anime genres as well) couldn’t quite get a hold of pure comedy and it turns out to be forced on the screen. Fairy Tail, however, brings to light the drama and inserts a few comedy here and there, making it a roller coaster of a ride. I wouldn’t want to spoil anyone who hasn’t watched the anime so I won’t go into the details but in my opinion, the level of comedy in this one is somewhat on One Piece’s level, if you know what I mean (hehe).

The Setting and the Plot

Fairy Tail is set on a world where magic and guilds abound. It’s more like an RPG type of story, the only difference is friendship and comradeship (and a lot of ships lol). Magic-users earn a lot of money by doing quests and going on adventures together, this is a typical life for a magic-user. But there’s a guild who took the world by a storm because of their rogue firepower (literally!)

The scene then focuses on a prince…er, I mean, a lady who has been looking forward to joining the Fairy Tail Guild and by some sort of Fate, she met one of the strongest member of the guild. She was able to join sooner than she had expected and together with that member, Natsu Dragneel, her life as a guild member started through quests and adventures.

It’s a typical start of a shounen anime but the good mixture of tags is great on this one and it has definitely hooked millions of anime watchers out there.

And of course, the Fight Scenes

Shounen animes should have this so of course, it is as important as the other points in order to have a balanced shounen anime. The fight scenes are really eye-hooking (if there’s such a word) and it would make you want to watch more and more until it finishes. Mix that in with the good balance of genres and you’ll have Fairy Tail. That simple. If you want to see what I’m talking about, click the image below for a snippet of the fight scene. (I didn’t want to spoil so I put the very first fight scene as a feast for your eyes.) 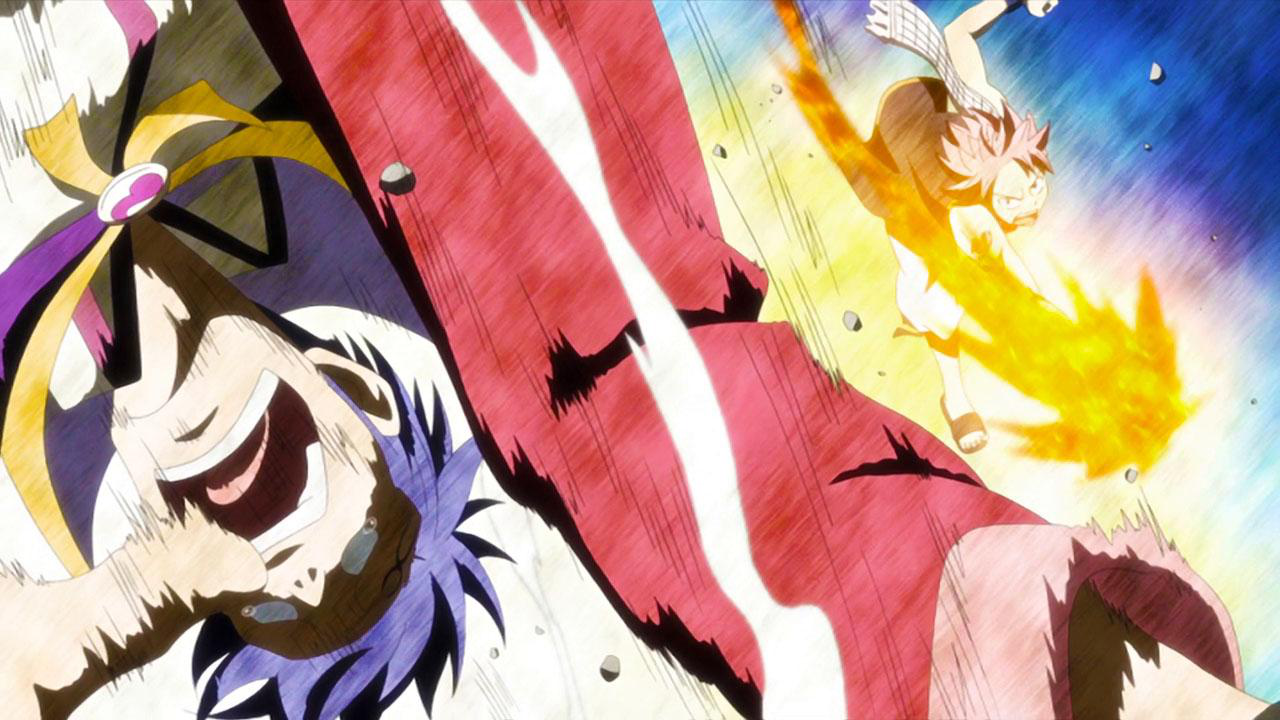